A Multi-Family property by definition is a building that is designed to house more than one family. In its most common form a multi-family building is either a small (2-4 units) or large (5+ units or mixed use) apartment building.

Most people don’t realize that the same mortgage you use to buy a house or a condo can be used to purchase a small apartment building. Conforming mortgages will allow a buyer to purchase a 2, 3 or 4 unit apartment building with similar terms to a single family residence. The vast majority of multi-family purchases are made by investors who own a different primary residence. 2-4 unit buildings can also be purchased by owner occupants who live in one unit and receive rental income from the other unit(s) in the building to help cover expenses. The most common owner occupied multi-family purchase is a Duplex (2 units). Generally speaking the more units a building has, the more expensive it is. However the more units you have, the more rental income you receive and the lower your housing expenses become. For investors, the more units you have the better your cashflow becomes.

Other than supply and demand, the value of multi-family real estate is based on the income they generate and the going cap rate accepted by investors for the area. Buying multi-family properties that cash flow on 30 year fixed mortgages with low vacancy rates and strong potential for rent increases in the future will always be a great strategy to maximize the rate of return on your real estate investment. 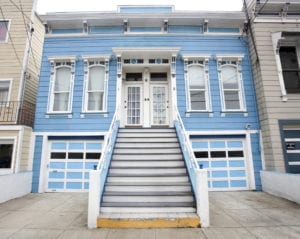 ADU and DADU changes in the City of Seattle

Why Invest in Seattle or the Eastside? 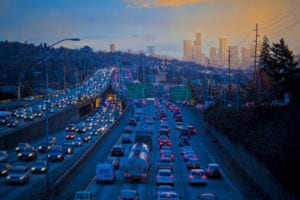 Over the past decade, no city in the United States has grown at a more rapid rate than Seattle. From 2010-2017 Seattle added 114,412 full time residents to its population which grew by a total of 18.7%. It is no secret that this is largely due to the massive growth of Amazon which is headquartered in Seattle’s South Lake Union neighborhood. At the same time, Microsoft (HQ in Redmond) has started growing again at a rapid rate thanks to their new focus on cloud computing and just recently submitted plans for an additional 3 million square feet of office space. In search of engineering talent and more affordable office space from their CA HQ, both Google and Facebook have made recent waves with new leases and purchases of existing office space and land in both Seattle and the Eastside. News of Amazon’s HQ2 search and selection of 2 east coast cities might make it appear that growth will likely slow in Seattle. However if you look further you will see that Amazon still plans to hire in Seattle (some estimate 60,000 total employees by 2021) until the HQ2 locations are ready and Amazon’s pledge to provide 25,000 jobs in each of those HQ2 locations is over the next 15-17 years. Seattle currently has over 45,000 Amazon employees and the splitting of HQ2 ensures that Seattle will always be the largest and primary HQ. Other major corporations besides the Big 4 in the area include Boeing, T Mobile, Starbucks, Expedia, Costco, Weyerhaeuser, Expeditors International, Paccar and Tableau. Another industry with local influence and unlimited growth potential is Space Technology. Blue Origin (founded by Amazon CEO Jeff Bezos) is headquartered 15 minutes south of Bellevue in Kent and Space X has a large research and development lab in Redmond.

The tech transformation in Seattle has been rapid and aggressive and has dramatically changed the price of housing and the rental market in the entire Puget Sound region. Many experts believe that another office creation and tech hiring spree similar to the South Lake Union boom is on the horizon on Seattle’s Eastside (Bellevue, Kirkland and Redmond). Google Kirkland, Kirkland Urban, Facebook’s Building “X” and surrounding Willows offices in Redmond, Microsoft’s HQ expansion and countless other large leases in DT Bellevue and the newly developed Spring District (near the new light rail station) appear to be just the beginning phases of a new office land grab. Much of the new comer tech talent to the area is younger (25-35), single and more comfortable in Seattle’s urban settings like South Lake Union, Capitol Hill, Belltown and Lower Queen Anne. There are also many other high paid tech employees with families that prefer the suburbs and better school districts offered on the Eastside like Bellevue, Kirkland and Redmond. With most of the Seattle neighborhoods already now reaching capacity for large office space (a major reason for Amazon’s HQ2 search) and companies wanting the flexibility to attract talent of all demographics, Amazon, Google and Facebook have all made it a point of emphasis to have significant office space on both sides of Lake Washington. Microsoft still largely remains an Eastside company with over 500 acres, 80 buildings and approximately 40,000 full time employees in Redmond and several large office spaces in Downtown Bellevue. Expedia recently purchased and renovated a new HQ location off Elliott Bay in Seattle. Their current HQ location in DT Bellevue was just announced to be fully leased by Amazon following their departure in 2019. Paul Allen’s Vulcan Real Estate firm which developed the vast majority of all the new tech office space in SLU has been very active lately with new acquisitions in Downtown Bellevue. Multiple new construction high rise developments have been announced and submitted for permits with the City of Bellevue. These new projects are all but guaranteed to be fully leased by any one of the Big 4 prior to their completion.

The Greater Seattle area is surrounded by large bodies of water and mountains which makes it one of the most scenic and beautiful places to live. However this results in a significant lack of vacant land to build on and makes congestion more pronounced and traffic solutions extremely limited. In 2018 Seattle ranked #9 in the US for traffic congestion and #26 in the world! Recent huge investments in a high speed light rail system throughout the Puget Sound region will likely not reach full potential until 2030 or later and it is a certainty that our traffic will get worse. The premium neighborhoods close to amenities have already been developed and most of the newer construction in the Puget Sound area is taking place much further north or south of Seattle and the Eastside, bringing with it significant commute times to the majority of the available jobs. Other parts of the country like AZ or NV for example have unlimited land to accommodate new construction which leads to a massive over-supply following the construction booms. Seattle is more insulated to the construction booms and busts because of our geographic restrictions and local environmental protection acts. All of these factors have made prime real estate locations extremely coveted and will continue to make the best neighborhoods of Seattle and the Eastside that are walkable and close to the jobs even more valuable in the years to come.

The median home price in Seattle grew 93% from 2012 to 2018 and was the fastest appreciating city in the US for nearly 24 months in a row. Even with this historic appreciation run, Seattle is still relatively affordable with several other West Coast cities and Vancouver BC. The median income has risen and job opportunities have dramatically increased in recent years and WA has no state income tax. As a result, cost of living and housing affordability is still considered very attractive in the Seattle area as compared to the Bay Area for example. All of the new office space in our area will result in new jobs. The new jobs attracts new residents to an already overpopulated area. These new employees need a place to live and are paid well as the Big 4 and other employers compete for talent with higher wages and incentive packages. Lack of new housing causes a lack of inventory issue which forces increases demand. Relocators and Investors alike will continue to purchase real estate in the Puget Sound area in the years to come. While the market is constantly moving and adjusting to micro and macro economic factors, it is an easy bet that companies like Amazon, Microsoft, Google and Facebook will continue to grow at a rapid rate for the foreseeable future. If you visit our area and experience our traffic and observe our geographic restrictions limiting land for new developments then it becomes easy to see why the premium real estate locations will only become more valuable with time. Demand for quality real estate in Seattle and the Eastside will consistently outpace supply and it is not unreasonable to assume that real estate values could double in value again by 2025. 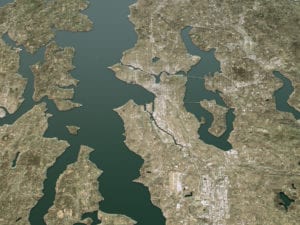 How can Sound Property, Inc help you?

Sound Property, Inc has over 10 years experience in closing multi-family transactions in Seattle and the Eastside. Whether you are interested in buying your first rental, building a real estate investment portfolio, forming a partnership for purchase of an owner occupied Duplex or selling a 20 unit apartment building; we have the expertise necessary to help you accomplish your real estate goals! Please see our photos for examples of some of our recent multi-family sales.